In Education, Training, and Speaking

"What potent blood hath modest May." 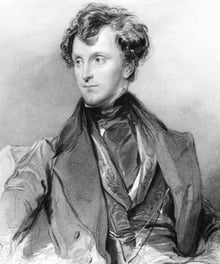 I've always liked Emerson.  And, for me,  May is a good time to read his essays and poems for reflecting on the year past and imagining the months that lay ahead.  It helps me stay in tune with time's true seasonal nature and for a moment "transcend" society's pressures of the day.

That didn't happen this year.

I'm in the cybersecurity business.  And May 2017 left no room for Waldo or pausing and reflecting.  So today, June 1st, I have some catching up to do.  I hope you will bear with me.

Let's start with a nature walk through the month of May:

Here's a good time to pause and reflect.  On. The. Enormity of the statement by Buffett.

Buffett could be on to something.  And if his statement is hard to fathom for you, consider something else that happened in May that has far greater implications for your cyber risk and personal security than anything on my list above.

In May 2017 a small computer connected to the cloud and fueled by artificial intelligence software beat the human world champion at "Go" - the world's most complex game.  Go is as old as China and 10100  times more complicated than chess.  The game's possible moves number more than the number of atoms in the universe.  Really!

It's not the first time a computer won.  That took place in late 2015 when the first version of Google's AlphaGo artificial intelligence software overtook the champion at the time, Fan Hui.  This time, however, AlphaGo's performance tells us this is the moment when computers have forever transcended certain fundamental abilities of the human brain.

"Last year, it was still quite humanlike when it played, but this year, it became like a god of Go."

Ke Jie, grandmaster and world champion after losing to a computer.

There is no going back now.

The speed at which the computer continues to advance will shock almost everyone and further divide those that "get" the digital age, and those that don't.

The shortest path to riches in anything cyber is its criminal application.  Couple AI and machine learning with Big Data and the Internet of Things (a vast expansion of the attack surface), and by the time 2018 arrives AI in cybercrime will be understood as one of the country's top threats.  A super-cycle of crime is at our footsteps and it will put a cybercriminal on the Forbes richest list inside of 5 years. My guess is padded to the outside.

For more on AI, machine learning, and the state we are in, see Deloitte's recent article in the Wall Street Journal's CIO Journal, here:  "Machine Intelligence Mimics Cognition."

Yes, Warren Buffett is likely on to something, and he banked on it with his pronouncement in May.

Back to May's walk in the woods -  the ransomware attacks of the 12th were a wake-up call for many still in anxious denial of the new risks and their mind-bending implications for the future of the planet.  I've had my finger on the broad pulse of cyber risk awareness and preparedness (weak) for over four years, and this is the first time I've noticed palpitations.  Inspired by the brilliantly fitting name "WannaCry" and the sobbing the virus brought so many,  I wrote, "How to Prepare for Ransomware Everywhere."  Spoiler alert; solutions are available, they work really well at lopping off most all the risk, and now anyone can afford and use them.  For more on that, see below in the Ted Bauman "Bauman Letter".

While May was busy with cyber attacks and increasing threat levels around the world, so were we sharing our message of how important digital autonomy is for the future.

Yes, our dance card runneth over, but we couldn't be more grateful being in the field doing what we do; empowering individuals, families, and professionals with the knowledge and technology they need for survival and success in the new digital age. 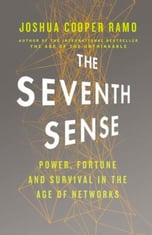 Today, Emerson's  "Conduct of Life" - an owner's manual for humans, requires a certain "seventh sense" as Joshua Cooper Ramo, vice chairman and co-chief executive of Kissinger Associates, the consulting firm of former U.S. Secretary of State Henry Kissinger says in his book, "The Seventh Sense - Power, Fortune, and Survival in the Age of Networks" - required reading for anyone interested in deeper introspect to the issues of our day.

The title of Ramo's book includes a reference to Nietzche's "sixth sense" - his point about preparing for survival in the industrial age.  In "The Seventh Sense" Ramo contends the world is in the first innings of change of the same scale as the early days of the Enlightenment and the Industrial Revolution.  Like then, it is now, and to transcend the new reality of risk the digital age requires new competencies and sensibilities just for survival, much less success.

At TDS, we are as committed as ever to being a comprehensive resource for anyone that understands or cares and decides evolution and survival are for them.  After all, digital technology and the Internet are among man's greatest inventions -  we should prepare for the future and assure we can embrace them without fear and inordinate risk. 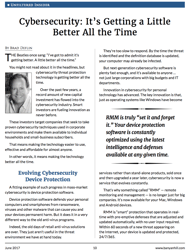 Our friend Ted Bauman is not one of those that will accept doing nothing when the facts and trends are so clear.  Master of all things risk and editor of The Bauman Letter, Plan B Club, and Smart Money Alert, Ted included my piece "Cybersecurity - It's Getting Better All the Time" in his June letter, "Privacy: Your Most Valuable Asset".  Ted graciously allows me to include the entire letter here.

While it's my mug in the image to the left (editorial privilege), click for the full copy of Ted's letter - it is highly recommended reading.

For a deeper dive into the logic behind privacy being asset #1 in the digital age, see Eric Schmidt's  book, "The New Digital Age - Reshaping the Future of People, Nations, and Business".   If Ted doesn't convice you, perhaps Google's Chairman Schmidt will.

We will be seeing Ted again for our 3rd visit to the annual "Total Wealth Symposium" held by the Sovereign Society September 21st to 23rd, this year in Ft. Lauderdale.  Members of this group have a deep understanding of risk and were early adopters of "Cybersecurity for Life."   We look forward to seeing them all in September.

In closing, with another reference to Emerson, it's important to understand that in the digital age without growth (change), you will die.  Or, at least fail.  Adaptation and agility are the skills that will determine survival and success in the new digital age, and your current test is on the order of cyber risk.  How willing are you to learn, adapt, and use the technology made to protect, from the technology made to harm?

Nature delights in change - this much is constant.  When you're ready to win by embracing the future and positioning for survival and success in the new Digital Age, I hope you will consider Total Digital Security and choose "Cybersecurity for Life." 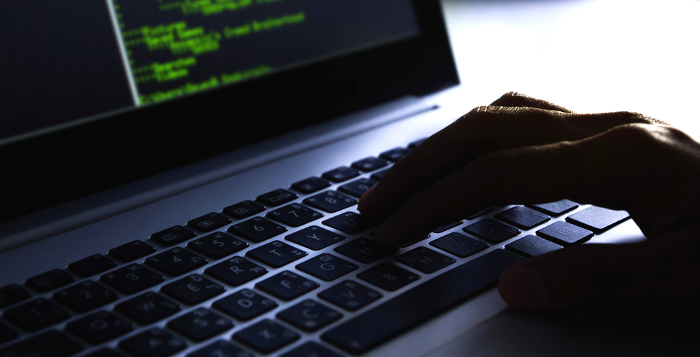 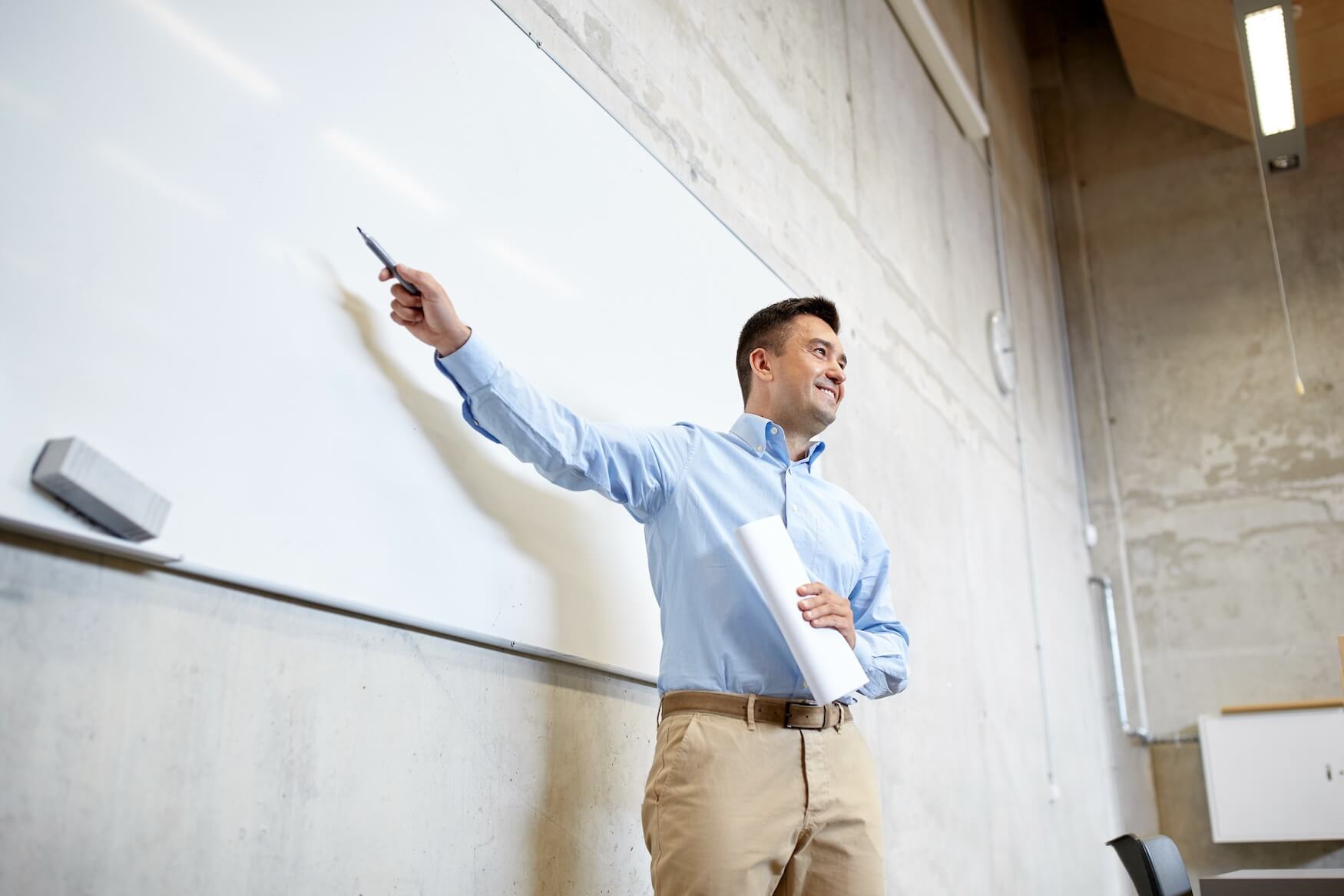