According to Steve Kroft of CBS News' "60 Minutes" and Wilfredo Ferrer, the U.S. Attorney for South Florida, Florida owns some dubious titles in the field of cyber crime.

"Scam" and "fraud" have long been words connected with Florida's reputation, but now the word "cyber" is finding itself in the same company. "60 Minutes" brings vital information to the forefront with this episode including issues that are much bigger than Florida's piece of the problem. 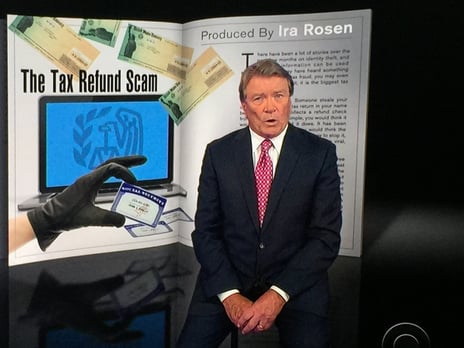 "For decades now, south Florida has been the Silicon Valley for scam artists, drawn here by the weather, the beaches and the opportunity to make lots of money without actually doing much work. There's Medicare fraud, mortgage fraud, securities fraud, and now what the Justice Department calls stolen identity tax refund fraud a tax preparation scheme epitomized by an over abundance of questionable looking establishments that have sprung up here over the past few years. But this scam is so easy, you don't even need an office."

For Florida, however, its 2013 Legislature and Gov. Rick Scott are wasting no time making the most of a severe crisis. Now, $5 million later, the Florida Center for Cyber Security, or FC2, is in its second year and making headway toward its long-term mission as memorialized by the 2014 Legislature in HB 5101:1004.444, Florida Statutes: Florida Center for Cybersecurity:

a) Position Florida as the national leader in cybersecurity and its related workforce through education, research, and community engagement.
b) Assist in the creation of jobs in the state's cybersecurity industry and enhance the existing cybersecurity workforce.
c) Act as a cooperative facilitator of state business and higher education communities to share cybersecurity knowledge, resources and training.
d) Seek out partnerships with major military installations to assist, when possible, in homeland security defense initiatives.
e) Attract cyber security companies to the state with an emphasis on defense, finance, health care, transportation, and utility sectors.


"In short, a presence in the cybersecurity industry will quickly bring Florida’s economy new revenue, new jobs and an unparalleled cybersecurity knowledge base. It will drive the State University System further toward national prominence as a coordinated unit, preparing graduates for the practical, high-paying jobs of today and tomorrow."

Points a. through e. above read "jobs" and that's great by all accounts. But, there is much more at stake, and a case-study in a matter for our age is unfolding. Florida is the lead duck living today what others will live with tomorrow. It is an organic, living laboratory for the new face of cyber risk which is fast becoming a broad-based, horizontal arena (individuals, their devices, on non-IT-managed networks), as opposed to its tradition of being vertical and enterprise in nature (server-centric, enterprise owned devices on IT managed networks).

Simply put, cyber security is going from an IT-defined environment to a user-defined environment. Vast adjustments must be made in the matter of resolution and Florida is at the frontier of these new, complicated challenges that will have to be approached with innovation far past the technology itself to get the job done.

The Florida Center for Cybersecurity is established within the University of South Florida and led by Director Sri Sridharan.

Is Florida on its way to being the nation's "Cyber State"?

Florida has prominently established itself nationally as being ground zero for cyber crime committed against mainstream individuals living their daily lives. The vast majority of victims here are not spies, global leaders, corporate titans, or others that may be specifically targeted by hackers, hacktivists, or cyber criminals. In Florida's case, the problem has gone mainstream and is reaching massive proportions that pose a significant and escalating threat to the State's economy and social fabric alike. As Apple's Tim Cook said about information security in February earlier this year "We must get this right.", so too must Florida get this right. 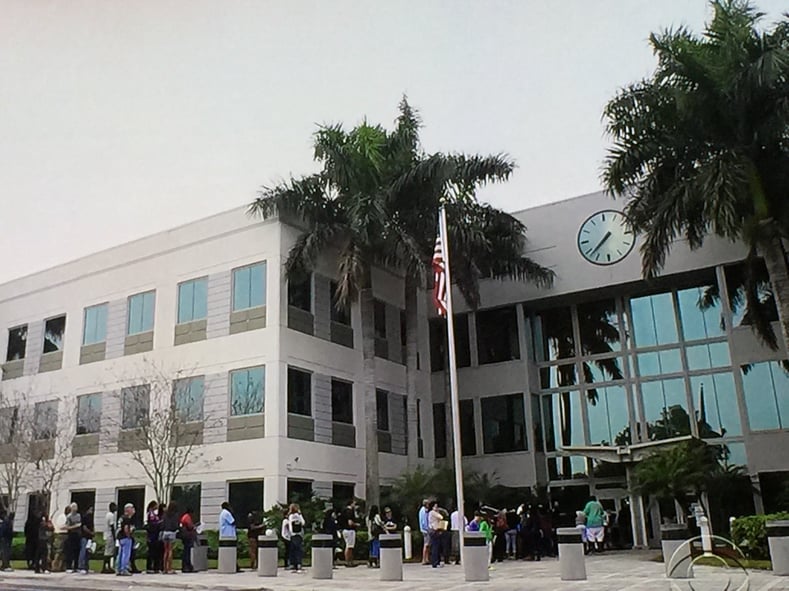 Nothing to hide, everything to lose. Florida victims of tax-fraud lining up at an IRS office to begin the long process of receiving their legitimate federal tax refunds.

Florida has long been notable for its attraction to much of society's greater, fringe elements. Scammers, fraudsters, and the most notoriously innovative of low-level criminals have come for its wealthy population, international connections, and concentrations of vulnerable targets including senior citizens, nicely wrapped in a lifestyle better than from where they come. Today, personal information is viewed as one of the most valuable currencies in crime, and its attraction to criminals is reinforced by the benefits of cyber vs. traditional crimes including relative safety and ease of perpetration, significant upside especially when compared to potential consequences, and nirvana for dirty money; anonymity, portability, and liquidity for the loot. For cyber criminals, Florida is their place in the sun.

Gov. Scott and Florida's leadership gets it, and FC2 Director Sri Sridharan gets it, that true to nature, the problem they face is matched only by the opportunity they hold. In the Information Age, cyber crime at the individual level, and as it applies to the everyday, mainstream life of citizens, consumers, voters, and taxpayers, is where the action is and will be for many years to come.

Florida is in a distinct position from which to play a long-term, vitally important role in the battle against cyber-crime not only for itself but the nation and global community as a whole. We have some thoughts about how to approach the challenge and embrace the opportunity in new ways to leverage certain mega-forces that are irretrievably at hand and can fuel progress and success for many years to come. Some elements of our ideas are in place, some need to be built, but most importantly it is a matter of shared vision, coordination, and alignment of resources to tap the potential for Florida. By facing the future of both the problem's resolutions and solutions, Florida can mine significant opportunity from both ends.


The real problem with cyber security in the U.S. and correspondingly the bigger opportunity for Florida is in correcting the terrifying levels of apathy we must deal with in mitigating the problem in the near and intermediate future. With the combination of having a nation snookered by a "free" internet economy (and minting the youngest billionaires in history over the shortest periods of time) and the confiscation of our privacy and digital assets by sovereign powers, we have a very long way to go.

For more see "How to be a Billionaire by 30, the Arbitrage of Your Privacy." and "At the Leading Edge of Cyber Security as a Social Science."


Between IT security problems and solutions, opportunity abounds for Florida and its quest to be the nation's "Cyber State". The formidable energy between the two opposing yet aligned forces is mounting, and we hope played for all its worth.

Wearables - Protecting the Intersection of Digital and Analog Life