Cyber Security for Home and Family 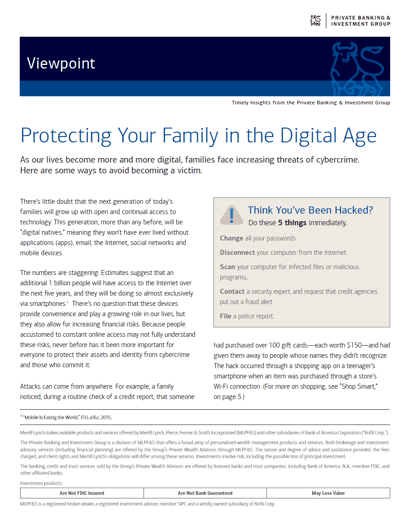 Protecting Your Family in the Digital Age

As our lives become more and more digital, families face increasing threats of cybercrime. Here are some ways to avoid becoming a victim.

The numbers are staggering: Estimates suggest an additional 1 billion people will have access to the Internet over the next five years, and they will be doing so almost exclusively via smartphones.1 There’s no question these devices provide convenience and play a growing role in our lives, but they also allow for increasing financial risks.

Because people accustomed to constant online access may not fully understand these risks, never before has it been more important for everyone to protect their assets and identity from cybercrime and those who commit it.

Attacks can come from anywhere. For example, a family noticed, during a routine check of a credit report, someone had purchased over 100 gift cards—each worth $150—and had given them away to people whose names they didn’t recognize. The hack occurred through a shopping app on a teenager’s smartphone when an item was purchased through a store’s

WHAT ARE SOME BEST PRACTICES?

As the threat of cybercrime grows, so does the need to protect family assets. How is this done? Some suggest working with a web master to establish a family domain— a secure site accessible by a small number of approved family members, each with their own domain email (e.g., bob@familyname.com). While this is often fairly simple to set up, it can require engaging your children in discussions about cybersecurity, which is far easier said than done. “It’s the last thing they want to talk about,” says Brad Deflin, founder and president of Total Digital Security. “The private domain is like a fort from which the family is protected –

a safe haven from the hostilities on the variety of vulnerable “free” email services available.”

Though initially hearing from clients about the challenge in communicating the importance of security to their children, Deflin eventually observed that the idea of a family domain was an effective starting point to pique children’s interest and get them thinking differently about the subject. “There is a vanity element to it,” he says. “When they see their last name in the domain it somehow creates a different perspective and the kids are like ‘well, that’s kind of cool.’”

as they breach an organization’s security systems. Neild points to a recent email attack that affected 150 million users, including some of her clients whose accounts

contained financial information. It was a wake-up call

In addition, Neild suggests having a trusted technology (tech) expert help set up secure email and build a private server—or firewall. This server should be used when handling family assets, instead of public servers or Wi-Fi devices.

The server design should include a desktop accessible to authorized family members with unshared passwords. The desktop should not have wireless capabilities, and should be hardwired via ethernet to the server. The firewall should be checked and reinforced in regular monthly installments, or at least once every quarter.

Does Your Family Need a Social Media... 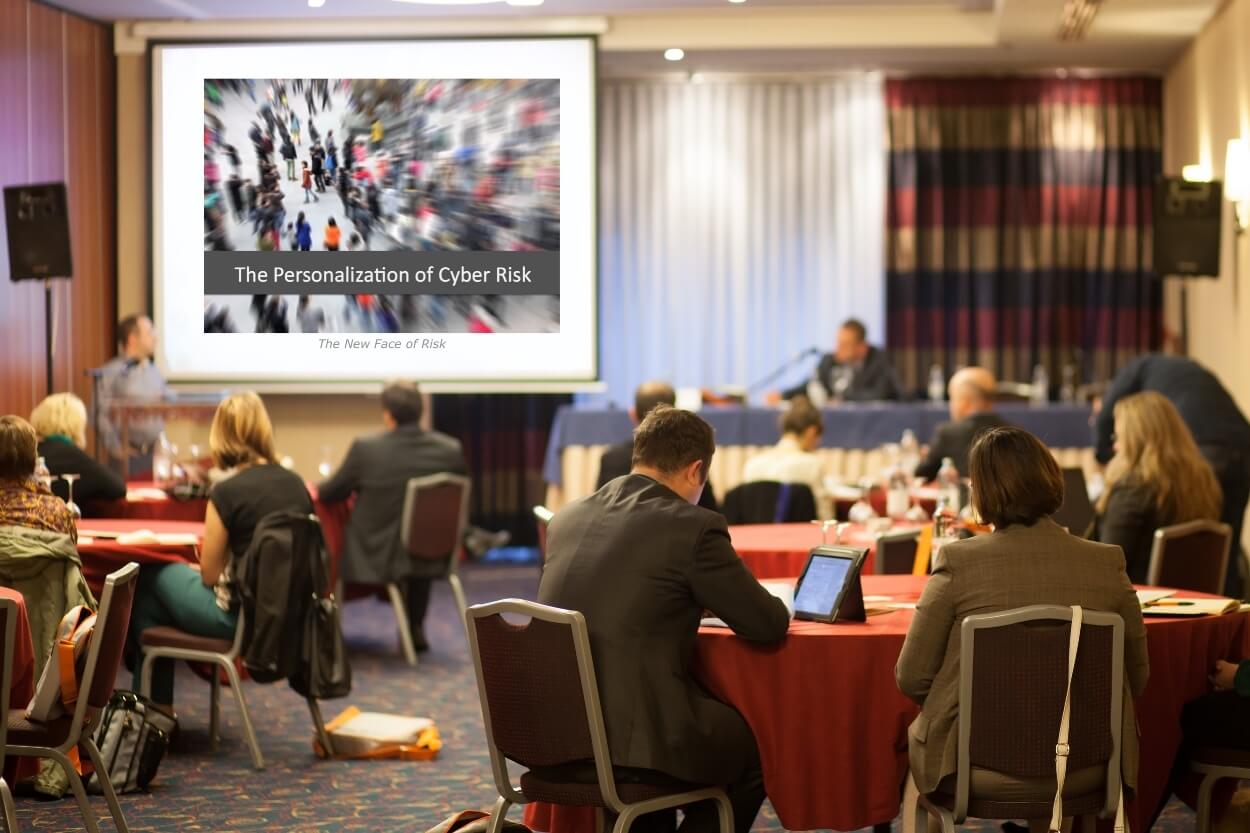