"Survival and Success in the New Digital Age"

Embry-Riddle invites you to join us for a SpeakER Series Live event. Our Nov. 13 presentation will be streamed online so alumni all over the world can participate.

Alumnus Brad Deflin ('81, DB), president and founder of Total Digital Security, is our featured guest. Brad is an author and frequent speaker on the matters of online risk, cyber crime, and the emerging technology that defends and protects from these personal and professional risks. Read Brad's bio.

Marc Bernier, host of "The Marc Bernier Show" on FM93.5/AM1150 WNDB, will act as moderator. Each 90-minute SpeakER Series event is free and open to the public. Seating is available beginning at 6 p.m. Overflow viewing rooms will be available with open seating.

Register today to receive a link to the live stream or to join us at the Daytona Beach Campus.

Click here for more about this event from ERAU. 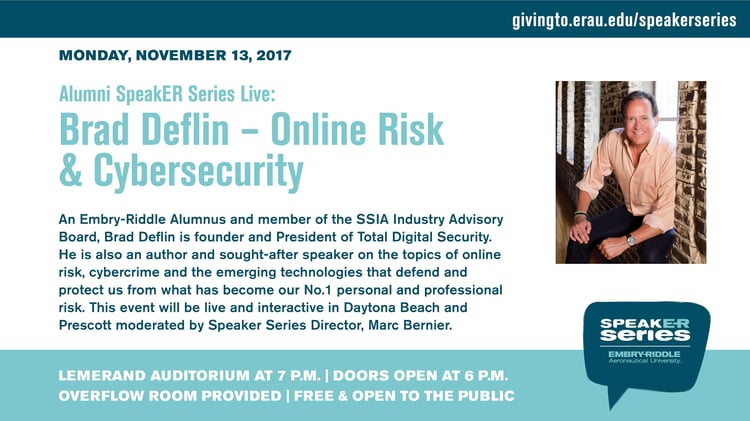 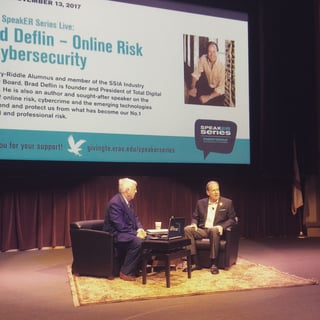 Brad Deflin presented at the Alumni SpeakER Series Live in the Willie Miller auditorium and online on YouTube. They took questions from both the live and online audience.

Deflin is one of the founders and the president of Total Digital Security. He talked a lot about Moore’s Law: what he believes is the driver of most of the change in the cybersphere. Deflin explained that Moore started Intel and created the first transistor; several years after manufacturing this he was asked to speak about his success and products. After analyzing data which he wanted to use in his speech, he found that you can increase twice of everything for half the cost because of the advancements in technology. This relates to the digital format versions of everything that Deflin was talking about and how it has helped increase the rise of technology. A scary statistic that Deflin had for the audience explained that “the data that we create.. [totals] the equivalent of the data from the beginning of time to 2003”. Big data is classified as artificial intelligence and software that can data mine and connect dots between tons of raw data. All of this data is held in chips within every device we own and “as these chips are driven by Moore’s Law.. they’re ending up everywhere… so chips are now embedded in almost every part of our daily lives.”

It is impossible to get away from technology and every be completely off the grid. However, this constant connection to technology leaves everyone open and vulnerable while it helps them. The internet “democratizes” everything: as in, now anybody with access to the internet has access “to the world.” Deflin touches on the fact that the music industry has problems keeping all their products under control because of this. People can jump on any number of online sources and be able to get information that is copyrighted and steal it without much problem.

Switching topics, Deflin began talking about the fear that most Americans have these days: that they are constantly being recorded by their own technology. TV company, Visio, was fined by the federal government and fined by the state of New Jersey for not letting consumers know that their audio systems could be turned on even if the TV is not. The TV’s would turn themselves on randomly and be able to record what they heard in their surroundings, in which case, anyone could hack into them and disburse whatever information that TV had collected. Deflin explains that certain things should be in a digital vault, encrypted and kept off the cloud for the privacy of all people everywhere. “The New Digital Age” by Eric Schmidt is a specific book that Deflin mentions that he has developed some of his ideas from besides his personal experience. Schmidt is chairman of Alphabet, a huge company that spans the globe by owning other companies under them, most notably, Google. Deflin explains that Schmidt comes from the old school tech world, going to Stanford like any other technically driven person in that time. Schmidt talks about how “Humanity has been through all.. ages,” but now “we’re in the digital age,” and that requires a “new set of rules.” The phone has your entire identity and humanity has become too reliant on them. They are the “supercomputers of today” and even better than Kray computers, some of the very first in the industry. “More people own a cell phone than own a toilet,” says Deflin. The connection of people to phones is ever increasing so much so that they are paying by phone even now. Digital identities can be accessed in a number of ways through cell phones and “preserving your digital autonomy is one of the most difficult things.” Even the Equifax crisis was brought up. Equifax’s CEO testified on Wednesday this past week and when asked if the peoples’ data could have been taken or impacted he could not answer. Deflin is incredibly worried about these companies that hold massive amounts of personal data that could ruin a person’s life and that they do not monitor it closely enough. During the lifetimes of the people on this campus, Deflin thinks that hacking will become much more under control, stopping more ransomware and stealing of identities in general. Ransomware attacks hold your information for bitcoin; but right now, it is the “wild west.” Deflin has talked to the FBI about this for his clients and has been told that if the client’s information is important enough, the best advice is to “pay the ransom.” There are no physical barriers stopping hacking and the ransoming of people’s information, and so it is hard to track it right now especially with the outdated laws that do not allow police to stop it. Countries that wish to harm us will not physically hurt us; they will bring us to our knees economically through the tech market. James Klapper’s comments on being attacked online, “low to moderate attacks are the ones that will impact us the most,” since they are more abundant and take little chips away at people’s lives and are again, hard to track.

People, technology and risk need to all be managed together and weighted equally to protect the people. While working for JP Morgan in 2012, Deflin had the epiphany that technology was being democratized and he did not want to go to the IT department; he wanted to talk to the public. The biggest risk manager in the universe in the industry got paid 52 million dollars a year to look over Leman’s assets and capital to make sure that nothing got through or scammed. He himself was scammed out of 20 million dollars trying to buy a simple apartment. Part of this advocates getting off of free email since “we have become used to the idea that everything is free on the internet.” This sense of everything being free is detrimental to peoples’ understanding of the world and makes people more vulnerable. One key economic term that Deflin mentioned is the fact that “There’s No Such Thing As a Free Lunch,” someone’s always paying for something in some way shape, or form. By using sketchy online sites and throwing personal information all over the internet, it increases the chance of someone taking advantage of that information and using it. Deflin talked next about how passwords that people believed protected their information were incredibly ineffective. However, “there is an art and science to passwords,” and the power of them is in the math, the longer they are, the harder they are to crack. At around 14 characters the password becomes almost impossible to crack regardless of special characters or capitalized letters. “We have been taught erroneously that it has to be complex, ” but Brad advises that it be completely random. Something that has a familiar tone “Mary had a little lamb” and switch it up to “Kathy had a big cow” so that it fits the criteria of what it needs to be less hackable, but easy to remember.

Next, the talk shifted to the cloud, the massive database in the sky that holds everyone’s information and more selfies than can be counted. Deflin worries about this perception of the cloud as it “is really just someone else’s computer.” Thought computing is implying that this information is becoming more accessible and that it can be accessed from everywhere. The smartphone changed everything, Steve Jobs predicted it by saying that we “will be running [our] lives off of [cellphones].” Deflin thinks he is not wrong. The demand for the information to be everywhere, on the go, made the industry step up to it and offer it everywhere. A simple case of supply and demand. But this requires the overarching of the cloud in more ways than anyone ever expected and holds more information than ever. Cyber is humanities transition to the new age, and the low hanging fruit of cyber expansion is its crime, which is only in the early innings and will progress further. Obama’s administration tried to address this technological monolith shadowing the world and put out a call for more cyber specialists. Though the government recognized it, they ignored computer scientists, engineers, and various other pieces of the puzzle that form together to form the firewall against cyber-attacks.

EmbryRiddleUniv
Streamed live on Nov 13, 2017
SUBSCRIBED 6.5K
Embry-Riddle alumnus Brad Deflin (’81, DB), president and founder of Total Digital Security, will address matters of online risk, cybercrime and the emerging technology that can defend and protect from these personal and professional risks. Join moderator Marc Bernier, the host of “The Marc Bernier Show” on FM93.5/AM1150 WNDB and director of Embry-Riddle’s Speaker Series, for this informative, live-streamed event. 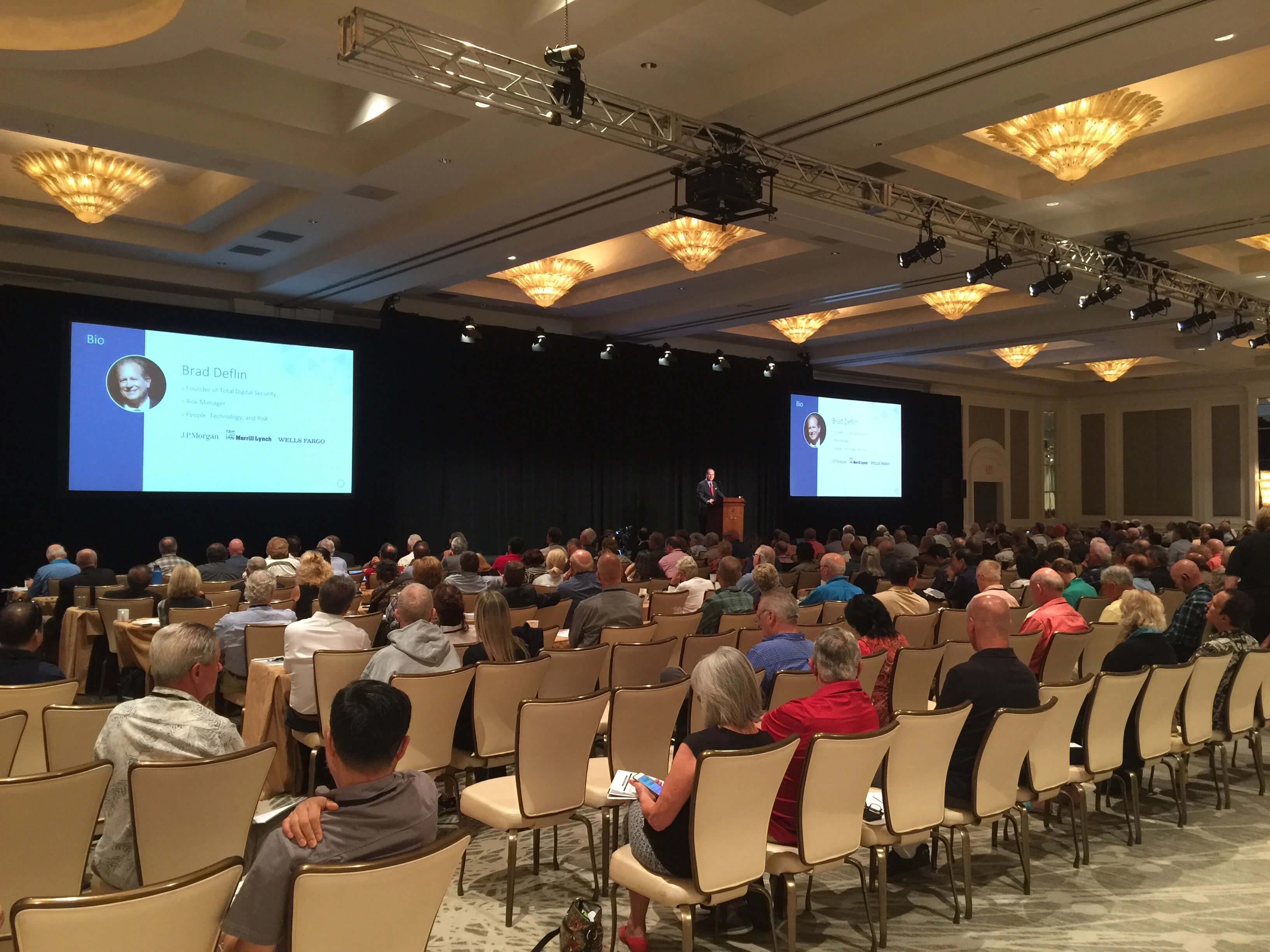 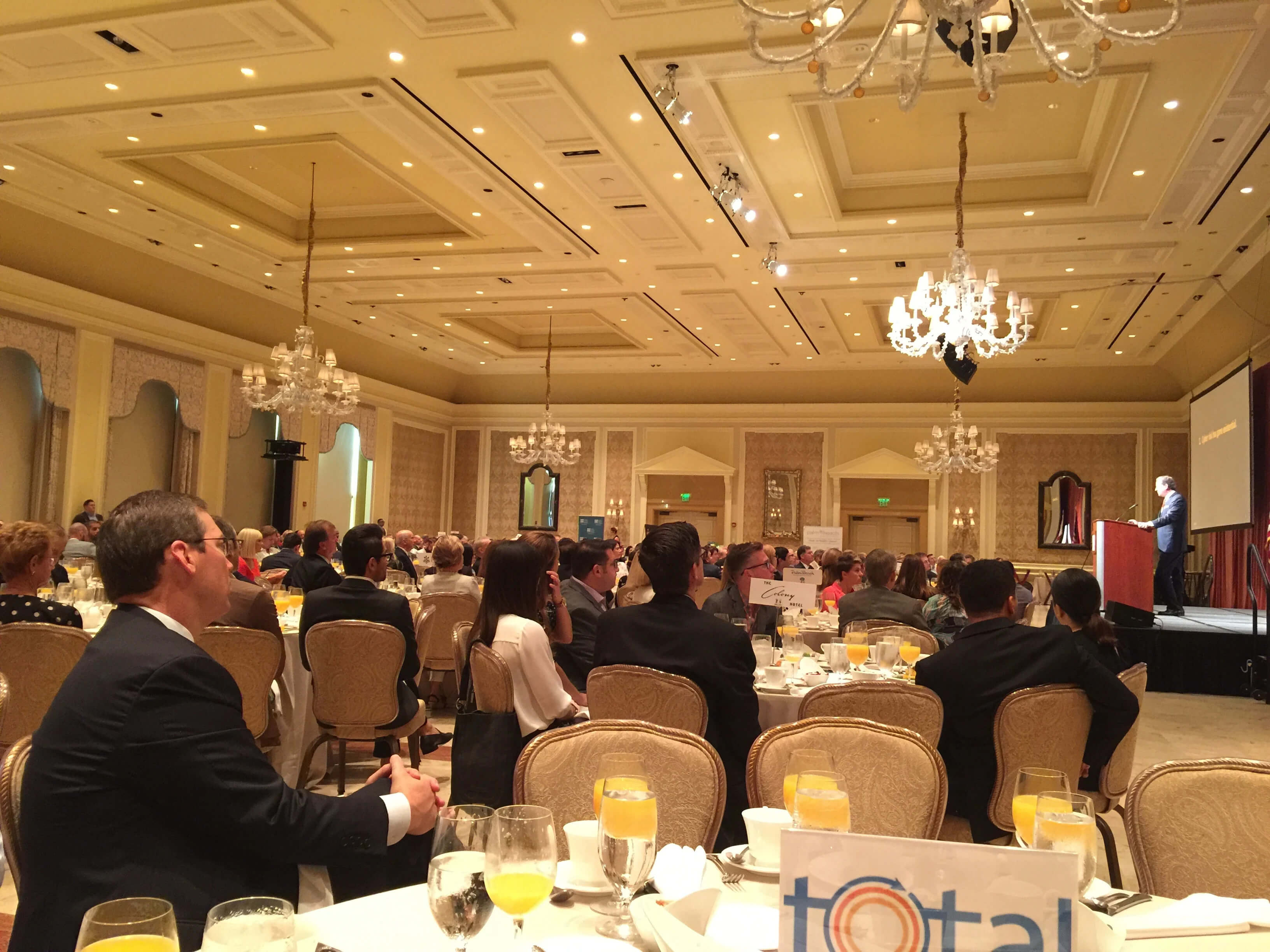 Bank of America-Merrill Lynch hosts “The Impact of Cyber... 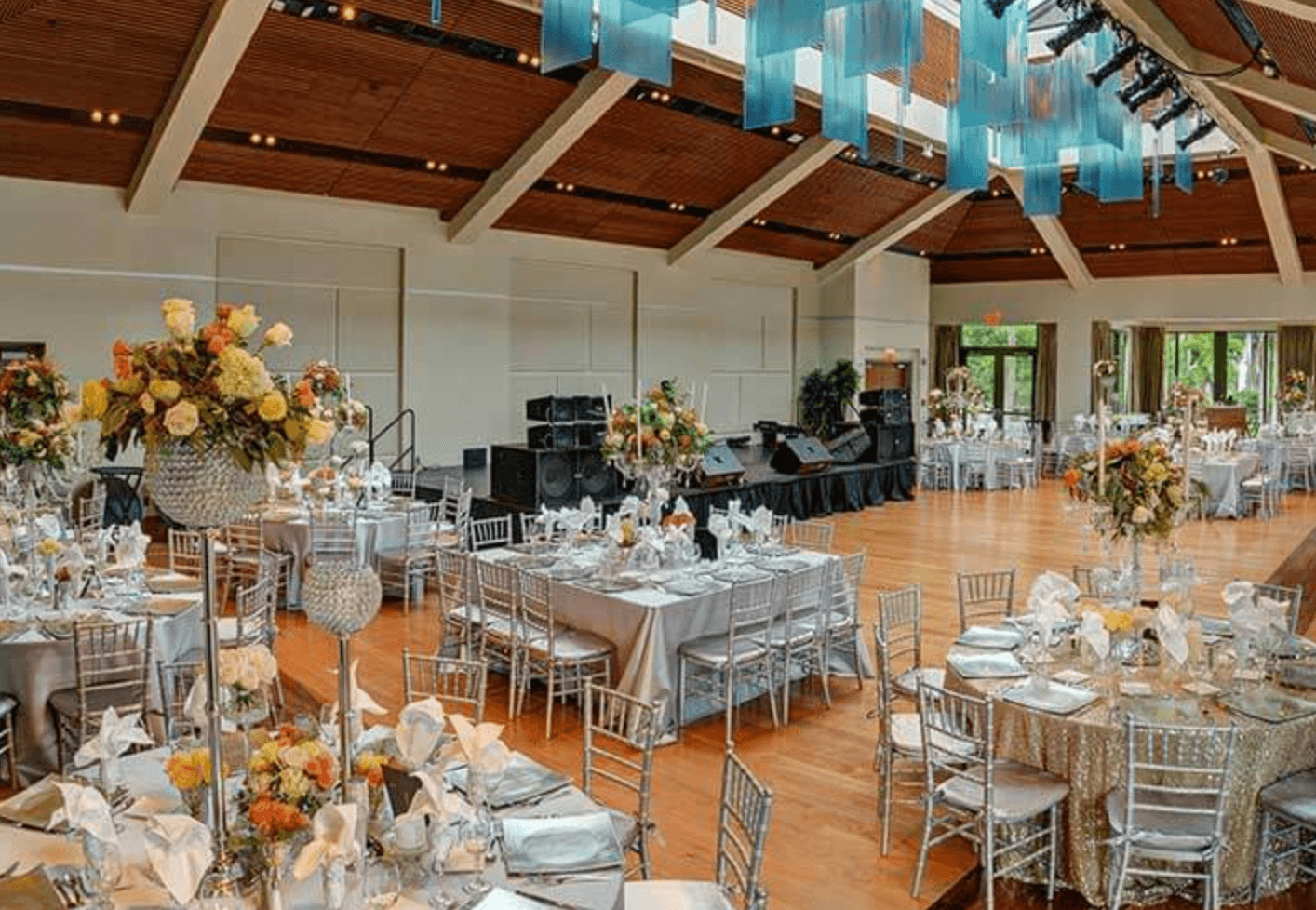 Brad Deflin of Total Digital Security, a provider of...